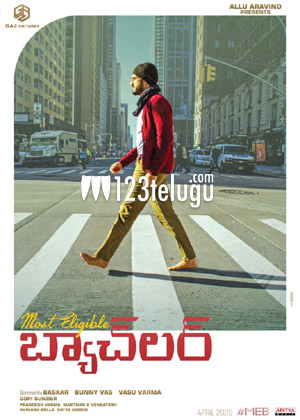 Akhil, Pooja Hegde starrer Most Eligible Bachelor is slowly gearing up for release in January, 2021. After a long time, the team is all set to give a glimpse into the film to the audience on October 19. A pre-teaser is going to be unveiled on that day at 9:39 am.

The film revolves around Aditya, an NRI who comes to India to find a bride, and how his life changes when he finally meets Vibha, a stand-up comedian. Like the title suggests, buzz is that film has the right blend of entertainment and emotional aspect.

Directed by Bommarillu Bhaskar, the film is being produced by Bunny Vas and Vasu Varma under GA 2 Pictures banner. Gopi Sunder is scoring the music.