Khiladi is a perfect title for an action entertainer, whereas the first look poster too looks fascinating. Ravi Teja’s rocking pose is a treat to watch for his fans. He plays a dual role in the movie.

Meenakshi Chaudhary and Dimple Hayathi are female leads in the film produced by Satyanarayana Koneru. Devi Sri Prasad renders tunes for the film that will have its opening ceremony today. The film will start rolling in less than a month. 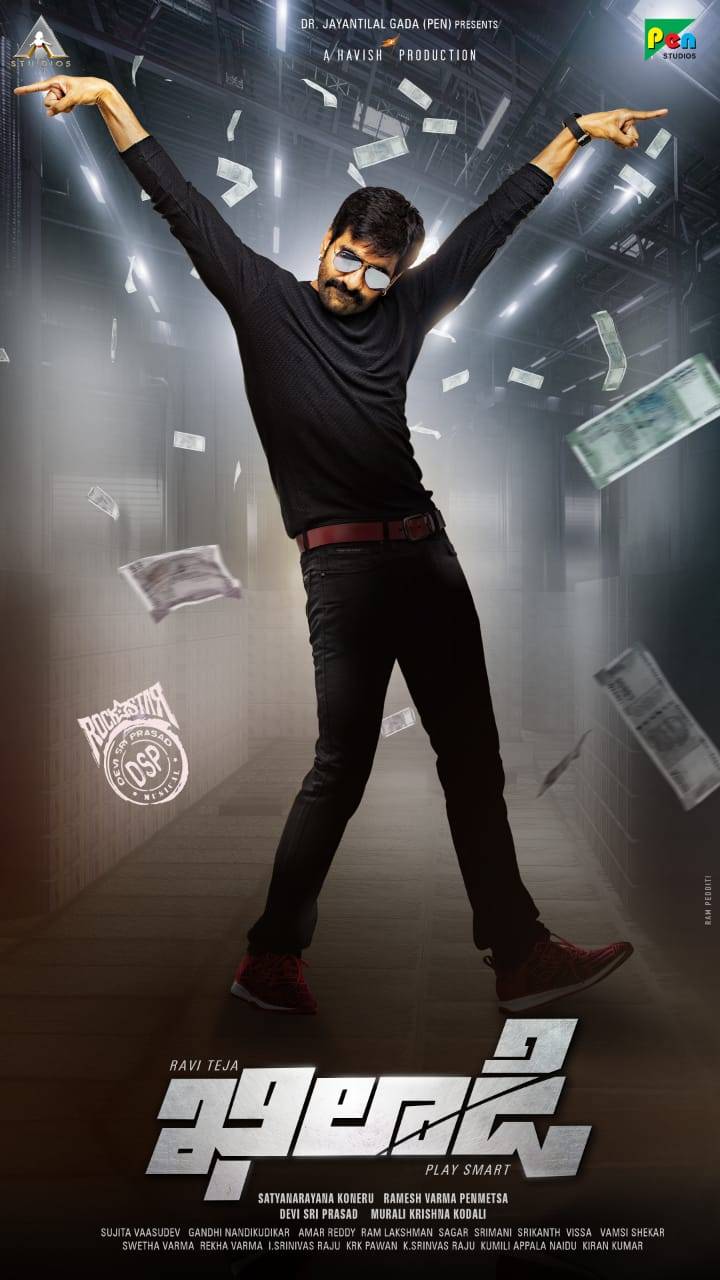