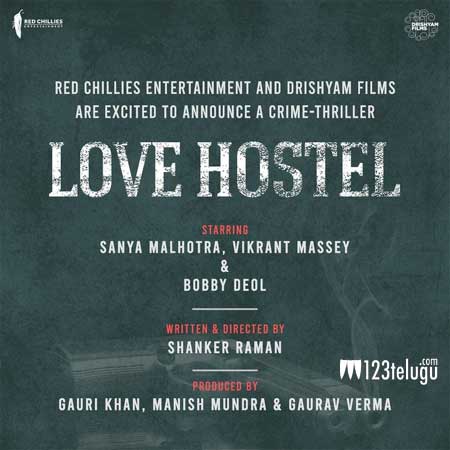 It is well-known that Bollywood Superstar Shahrukh Khan has been continuously producing films under his Red Chillies Entertainment banner. Meanwhile, the latest news is that yet another film from his production house was announced this morning.

Titled Love Hostel, the film is going to be a crime thriller and stars Vikrant Massey, Sanya Malhotra, and Bobby Deol in lead roles. Shanker Raman will be directing the film and will go on floors from the first half of 2021.

SRK’s wife Gauri Khan will be bankrolling the movie in collaboration with Manish Mundra and Gaurav Verma.