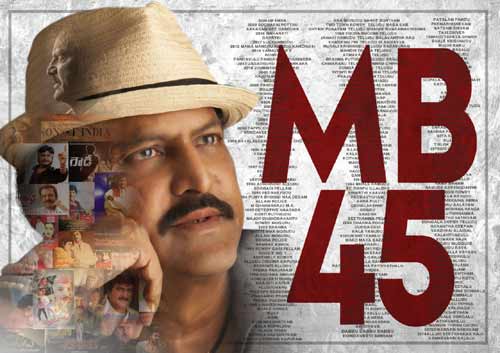 Senior hero and filmmaker Mohan Babu today completed 45 years of his landmark journey in the Telugu film industry. Fans and film fraternity have extended heartfelt wishes to the actor on this special day. Mohan Babu’s first film as a hero ‘Swargam Narakam’, directed by his mentor Dasari Narayana Rao, released on this day, in 1975.

After moving to Madras, Mohan Babu first played character roles in Kannavaari Kalalu and Alluri Seetharamaraju in 1974. His big break as a lead actor came in the form of Swargam Narakam in 1975. He went on to play memorable roles in numerous movies.

Mohan Babu was recently seen in a special role in Suriya’s Aakaasam Nee Haddhu Ra. His new film, Son of India, was launched a week ago.