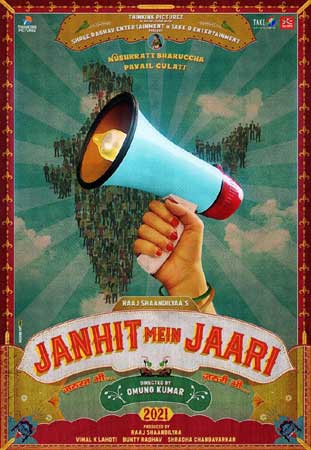 Noted Bollywood director, Raaj Shandilya, who scored a blockbuster with the 2019 film, Dream Girl is turning into a producer. He is going to produce a light-hearted drama titled, Janhit Mein Jaari.

Reportedly, the film will go on floors from March 2021 and has Nushrat Bharucha and Pavail Gulati as the main cast. Omung Kumar will be directing the film.

Along with Raaj Shandilya, Janhit Mein Jaari will have Vimal K Lahoti, Bunty Raghav, and Shradha Chandavarkar as the co-producers. The film is aiming for a theatrical release in the second half of 2021.