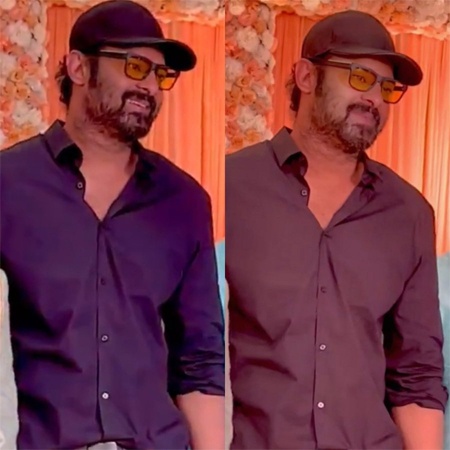 PAN India star Prabhas fans are on cloud nine as an announcement from the actor’s upcoming flick Salaar is arriving tomorrow marking the eve of Independence day.

Meanwhile, a few pics of Prabhas surfaced on the internet which went viral in no time. Today afternoon Prabhas attended the half saree function of sound engineer Pappu’s (Srinivas) daughter at Avasa Hotel in Hyderabad.

Prabhas sported a black shirt. The actor looked stylish and uber cool in these latest pictures. These simple yet charming and debonair looks of the actor made fans go crazy.

Like 0 Thanks! You've already liked this
« Puri Jagannadh – There would be honesty in Vijay Deverakonda’s acting » Tamannah reveals how Baahubali helped her career