Dhamaka to release on this date? 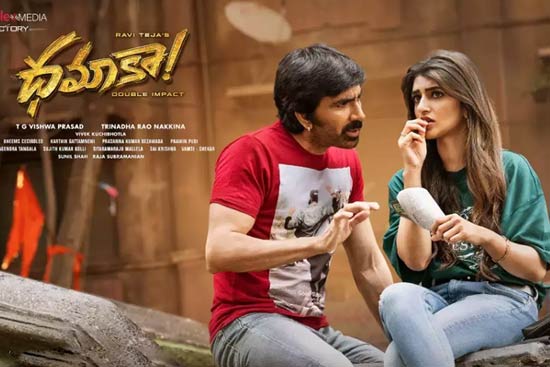 Energetic actor Mass Maharaja Ravi Teja and actress Sreeleela will be seen together next in Dhamaka, a mass entertainer. Directed by Thrinadha Rao Nakkina, the shoot of the film was finished recently.

The latest gossip is that the pre-production works are in full swing. The grapevine is that Dhamaka will be out in theaters on October 21, 2022. The news is yet to be confirmed by the team.

Chirag Jani is roped in to play the antagonist in this flick, which also has noted cast and crew onboard. Produced by People Media Factory and Abhishek Agarwal Arts, the movie has Bheems Ceciroleo’s music.

The post Dhamaka to release on this date? first appeared on 123telugu.com.