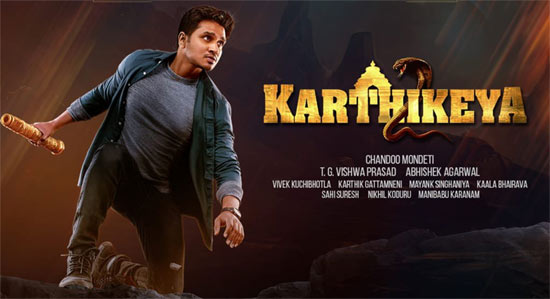 Nikhil Siddharth is currently basking in the blockbuster success of his latest outing Karthikeya 2. Directed by Chandoo Mondeti, the mystical thriller has Anupama Parameswaran as the lead actress.

The sequel to the blockbuster film has made the headlines again. In a recent interview, Nikhil revealed that they are trying to make the franchise big in terms of cast and technical aspects. He said that Karthikeya 3 will also be released in 3D. The script works of the upcoming movie are currently underway.

On the other hand, Karthikeya 2 is still running successfully in many areas despite many new releases. The Malayalam version of the movie is hitting screens today in Kerala. Produced by People Media Factory and Abhishek Agarwal Arts, the flick has Kaala Bhairava’s music.