Puri Jagannadh – There would be honesty in Vijay Deverakonda’s acting 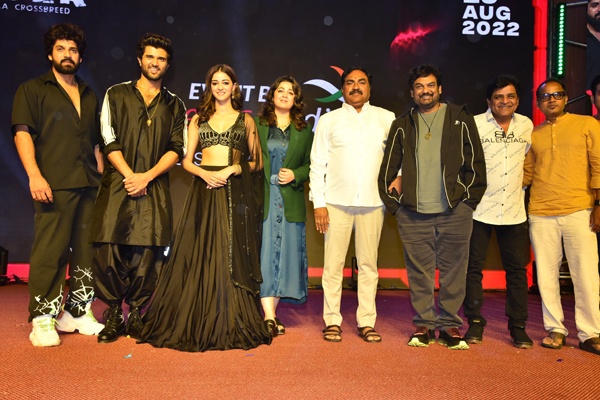 Liger starring the young sensation Vijay Deverakonda and Ananya Panday is going to release on 25th August. The team is conducting fan tours across the country. As a part of it, they visited Warangal.

Speaking at the event, Puri mentioned that he was stunned by the honest performance of Vijay in Arjun Reddy and that is when he decided to work with the actor. He said that Vijay’s acting would be honest. The ace director revealed that Vijay returned 2 crores remuneration as Puri’s family is in debt.

Puri credited Charmee for getting Mike Tyson on board which took almost a year. Puri feels their team is lucky to work with such a legendary champion. Puri says that Ananya Panday is a fire brand.

The director also spoke highly about Ramya Krishna who is a rebel lady in the film. He also thanked Charmee Kaur for taking entire control of the production and extended his thanks to Vish who played the baddie. Puri further thanked all the other cast for their support. The film will release in multiple languages.