Karthi’s Viruman Telugu version is streaming on this platform now 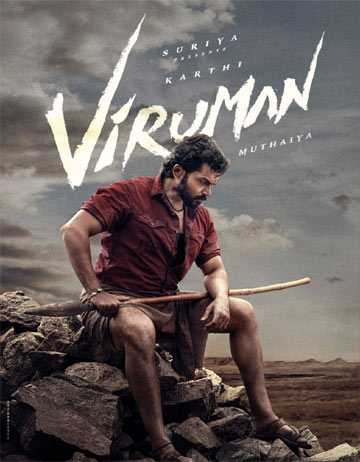 Actor Karthi recently released Viruman in theatres which is a village action drama. The film did decent business at the Tamilnadu box office. But the Telugu fans of the actor got disappointed since there was no Telugu release.

The latest news is that the film’s Telugu version is streaming on Amazon Prime now as Pasalapoodi Veerababu. Moreover, the OTT Telugu version has the actor’s voice, which is good news to the fans. In addition, director Shankar’s daughter Aditi Shankar made her debut with the film.

The film is produced by Suriya under the 2D Entertainment banner and directed by Muthaiah. The Tamil version is also streaming on the same platform. Keep watching this space for more exciting updates.

The post Karthi’s Viruman Telugu version is streaming on this platform now first appeared on 123telugu.com.

Like 0 Thanks! You've already liked this
« Suriya on winning National Award: This one’s for you, dear fans! » OTT Review : Reyiki Veyi Kallu – Telugu movie on Aha