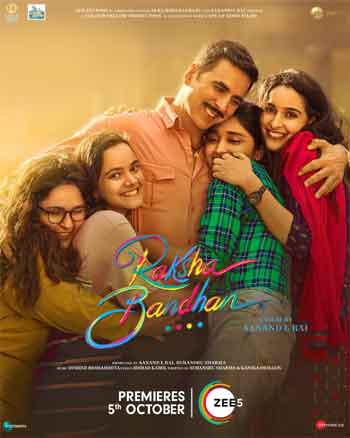 Khiladi Akshay Kumar was last seen in the family entertainer Raksha Bandhan. The film had high expectations as it came from a genius director like Aanand L Rai, who is known for his heartwarming films. But sadly, the film didn’t meet them. Despite getting a decent talk, it couldn’t sustain at the box office.

The latest to be heard is that the film has its OTT premiere date as October 5th. The official digital partner ZEE5 has made the formal announcement today. This clean family entertainer has Bhumi Pednekar as the leading lady.

It is produced by Zee Studios, Colour Yellow Productions, and Cape of Good. The OTT premiere is happening nearly two months after the film’s release. So those who missed watching it in theatres can now enjoy it on ZEE5 from October 5th.